‘Take One Picture’ at the National Gallery

‘Take One Picture’ is the National Gallery’s flagship project for primary schools. It begun in 1995 and is an annual competition which takes place countrywide and even involves one primary school from Spain. Each year the National Gallery selects one of its more famous paintings and then on a one-day course primary teachers come and receive prints of this painting. The aim of the project is to inspire children to creatively respond to the painting in an innovative and cross-curricular manner. Each primary school will then submit its children’s artworks and the following calendar year there is an exhibition at the National Gallery of the best entries, with some even uploaded online.

Last year’s competition and so this year’s exhibition were focused on a painting by Thomas Gainsborough called ‘Mr and Mrs Andrews’. It is an oil painting from roughly 1750 which depicts the newly married couple on their Suffolk estate. Primary school children responded to this in many different ways, such as water-colour painting, lace-making, ceramics and even creative writing. The exhibition of their work is currently running at the National Gallery until the 25th September. 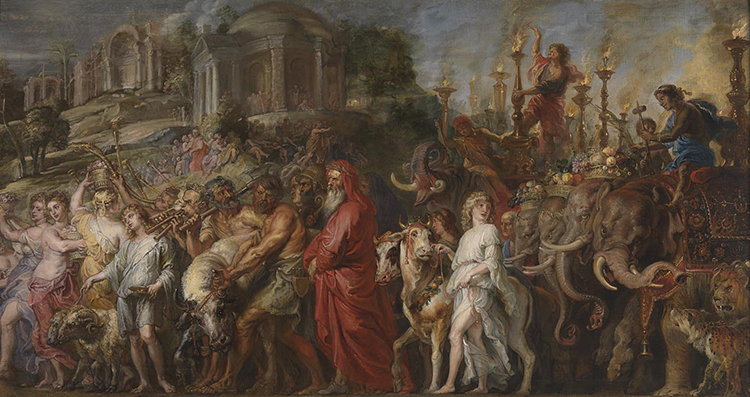 The above painting is called ‘A Roman Triumph’ and was painted by Peter Paul Rubens in approximately 1630. It depicts a large parade, known in the ancient world as a triumphal procession, which normally took place as a celebration of greatest honour after a military victory. The painting is full of movement and contains figures such as sacrificial animals, maidens, priests, musicians and elephants. ‘A Roman Triumph’ is the focus of this year’s ‘Take One Picture’ project and primary schools have until the 31st October to submit their children’s interpretations of the painting so that they might be considered for 2017’s exhibition.